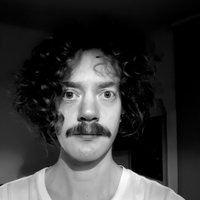 My name is Arvid. I've been playing, writing and recording music since I was a kid. My first "critical listening job" was as a sonar operator on a submarine, listening on Sennheiser headphones to ships' engines, doppler changes, auxiliary pumps and the sound of waves. On the side I built a studio, did a few music jobs, composed and recorded for art installations, hoarded synthesizers, sold the studio. . .

And now I've set up a new studio, because gradually, mastering has become an obsession, a way of being geek and artist at the same time.

Now I'm a librarian by day, working part-time to enable this attempt at combining passion and business. I feel equally at home in the worlds of metadata and sound.

I believe that the best results are achieved through communication with the client, and with this outset I'll master your music with a focus on your vision. My taste in music is broad and eclectic, and I'd love to help your songs reach their audience. 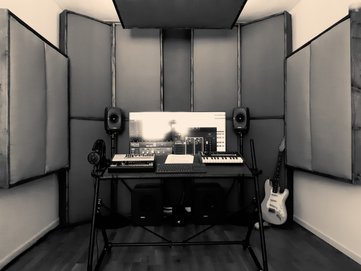 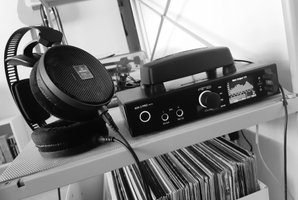 I work with a full range, digitally calibrated Genelec SAM speaker system in an acoustically treated room with controlled frequency response, decay times and reflections. A pair of Genelec 8331 monitors are combined with two 7350 subwoofers for a four-way system with a neutral, clear and precise sound through the entire audible range. For quality control I use a pair of digitally calibrated Audio-Technica ATH-R70x headphones and an RME ADI-2 Pro FSR DAC.

Apart from being a way of getting involved with other musicians and contributing to an art that's been a passion since I was a kid, mastering is the perfect excuse for indulging in hi-fi listening and acoustics. The latest improvement is the addition of an angled desk. The first reflection off of the top is directed back into the room rather than at my ears and the first reflection from the floor never reaches my ears but is intercepted by the bottom of the desk and bounces back towards the floor. By reducing the impact of floor reflections without adding any desk reflections to speak of at the listening position, the desk actually improves sound clarity. 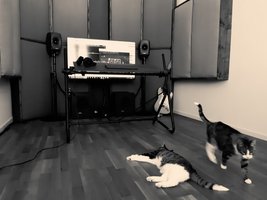 I'm constantly reading up on acoustics and sound processing, taking measurements, comparing, listening. Sometimes I bring out a few synths and drum machines or my pink strat to record. Usually the cats keep me company, but often just one at a time: they don't seem to like the same music, so who's with me depends on what I'm working on at the moment.

Synchronic Mastering is registered for VAT in Sweden.